So you might have heard about tons of tips on how to maximize the efficiency and lifespan of your hard-earned car. And you probably have listened to the same ole tricks from different sources over and over again. Now sometimes it’s good to have something to save you from clichés. This post intends to do just that.

While constant reminder of the most common car care tips for your precious four-wheeled toy isn’t bad, learning about new and seldom talked about pointers isn’t either. Composited here are five ‘non-mainstream’ tips and rules of thumb pertaining to the welfare of your precious transport buddy. Just a little disclaimer, these tricks do not involve rocket science. In fact, their simplicity might just blow you away! (okay, maybe not)

1. Only play when the tanker is away

Seeing a tanker filling up the underground gasoline reservoir of a petrol station might give you a sense of assurance at first. You are assured that the station will never run out of petrol when it is your turn to fuel up. The catch though is that some laws of physics tell us that the turbulence brought about by the filling would cause the sediments resting below the reservoir to disperse. Of course, dispersed sediments have a better chance of getting pumped to your fuel tank than settled ones. And as you might have already learned, these sediments are not in your car’s circle of friends. They could cause clogged fuel filters and fuel injectors. So what’s the way around? If possible, delay your refueling plans until maybe the next day or perhaps find another station down the road.

While your car key might feel socially satisfied by flocking together with hundreds of other keys in a single key chain, you can’t expect your car ignition switch to feel the same. The keys’ weight coupled with their bounces as the car moves could speed up the wear and tear process of your ignition switch. So lighten up and teach your key some faithfulness. Stick to one baby!

3. When in doldrums, Stay Calm

Not all predicaments can be overturned through brute force. So if you find yourself and your car stuck in a chasm of mud or snow, never try to employ mere power to get out. That does not mean you shouldn’t try to get out either, but instead try to do it gently; much like trying to test the water’s depth by a single foot for you will drown if you do it with both. Forcing your car out by rocking your vehicle back and forth excessively could produce a lot of friction and might mean trouble for its transmissions, clutches, and differentials. That’s a headache needing a medicine more expensive than what calling a towing service would cost.

So there goes our quick list. Always remember that learning the tricks and quirks of proper car care doesn’t end on the user’s manual. Most of the time, it pays to take the words of the pros firsthand. 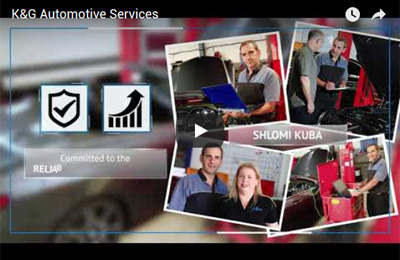 Or we’ll call you back